Intellitonic began operations between three partners in two different states. Our first year of business was organized and run almost exclusively using digital means to communicate internally, and with clients, vendors, and administrative entities. As we’ve grown the business and added staff, products, and operational necessities, we’ve stretched our legs some, and opened an office that we call home in the Bellingham Bank building located in downtown Bellingham. This luxury aside, we maintain the vast majority of our business digitally, and would love to share some of our organizational tips and tricks with those who are new to the concept (especially during the rapidly changing times with Covid-19).

Let’s start with a brief description of the tools we use:

Google’s answer to Word, Excel, and Powerpoint. The best part about these resources is that they are easily accessible online to work on in real time with your organization (as in, multiple people can be working in and responding to one document at the same time). You can create a document, watch as your team fills out other portions of it, and chat about modifications within the document interface. (People forget just how game changing this can be!) Protip: agree upon a general file naming convention for your files, E.G.“Project or Client Name-Task-Owner”. Google Drive is the storage option we found best for organizing our essential documents. Our drive is analogous to the company file cabinet and rolodex of yore. You can save images, videos, folders, documents, music, basically anything, in Drive, and easily share access with organizations or team members. What separates the pros from the bros is the organizational acumen you apply to housing your documents. My personal drive is hundreds of haphazardly co-mingled images, files, notes, Google Docs of half written blogs, mostly all in the same folder. By contrast, Intellitonic’s drive was pre-planned, mapped out by my illustrious business partner Courtney, and has saved our bacon hundreds of times over the years. We organize all of our work with folders, in hierarchical fashion. For example at the time of writing this paragraph, the document I’m drafting would follow this folder path: Intellitonic> Intellitonic Website > Intellitonic Blogs.

Slack, at the core, is a chatroom, but one that’s geared to facilitating teamwork, file sharing, and productivity. We use Slack as our primary means of communication as a team, sharing notes on tasks we are doing for clients, getting help in our “Tech-Support” channel, and discussing sales and marketing in their own respective channels. We even manage a “Daily Update” channel to check in on productivity and plan our workloads. In addition to housing permanent records of our chats, Slack also has a ton of cool integrations with other systems like Google Drive, our CRM (Insightly), and a polling system called “Polly” (so great for deciding where to order lunch from). If Google Drive is the equivalent to the rolodex, Slack is the conference room and water cooler rolled into one. Uber conference updates your ol’ Plantronics phone supplementing audio conferencing with video, presentation via screen sharing, muting, and conference call recording. There are tons of options for tele-conferencing, but this one seems to have the best quality voice and easiest instructions for new users. You can send your clients a link to use on their computer to join, or there are dial-in options for just the phone aspects. Additionally, Uber conference has a handy chat tool that you can use to share links, have side discussions, etc. Google Hangouts is a free option offering many of the same functions. We used it for the first three years of business, but have recently come to appreciate having our own dedicated numbers, URLs, and generally higher quality audio with less lag. Many of you use this in a personal capacity, so excuse the explanation for those who haven’t. Google Calendar is an updated and vastly superior version of a day planner. It allows you to manage your own day-to-day tasks, setting reminders on any of your devices that will automatically sync with each other (assuming you have the app installed). You can use Calendar to set up and invite meetings with other individuals or organizations, and there are mechanisms within the platform that let you negotiate a mutually agreeable date and time, as well as location or phone number/conference line.

From a business management perspective you can view your teams calendars and make smarter decisions about what you schedule and when. This is great for tracking folks who are out of office, on vacation, or who are just slammed in meetings and might be in need of some help.

In the early days when I worked online, before I entered into the sacred bond of business partnership with my more security minded partner Jared, I would save passwords in Google docs or just use the same one for multiple accounts. That changed immediately when we pooled our resources, and to his credit, in a very easy to use way, via Lastpass. From my non-security minded luddite view, it’s a magical portal that lets me save all my passwords in one place, and lets me sign into services far faster. Seriously, you can just open up a browser tab and Lastpass saves your login for anywhere you’ve created one. I think many use their browser features to do this, but I’m assured that both Lastpass and Bitwarden are more secure methods. You can also use this to house more sensitive notes, phone numbers, employee addresses – things you don’t want to risk having via a shared Google Drive.

Jira is a project management software that allows businesses the ability to create projects based on workloads, and assign tasks with commentaries, due dates, progress check-ins, and file sharing. Jira, in conjunction with a “daily stand up” (see defintion below), and your teams up-to-date calendars, help manage workflows, and team hours efficiently.  If you are like me and you are a “disruptive stop-by-the-desk and ask for a task” manager, your teams will love having a bit of protection from you overzealously asking for work that isn’t as high priority.

An Example of Tools Used in Conjunction

Alex wakes up from a restful nights sleep having had absolutely no nightmares of being hunted by an orca whale. He checks his phone, after reading through Facebook notifications and group text messages from friends out at the bars from the night before, he checks Google Calendar. He has an SEO team meeting at the Intellitonic office that has been converted to an Uberconference meeting. This is in one hour, but he will get an alert from the app 10 minutes in advance.

Alex checks Slack and sees that Marin had been burning the midnight oil. In the “Clients” chat she’s posted 20 new web pages of content that she’d like reviewed before they are made live. In the “Office-Space” channel there is a message to order a new powerstrip for Clint’s home office. In the “Financials” chat, Jared has posted the receipt for record keeping. Blake has sent a private message asking if Alex had updated his calendar to include their call with a new prospect later that week. Alex hasn’t yet. He thanks Blake, and adds that, sending invites to the prospect as well as Blake. Alex includes a link and call in information for Uberconference rather than the address of the Intellitonic office.

Alex opens up Slack again, and posts a message for Marin and Clint in the “SEO-Team” channel to do a cursory review of the prospective clients website so Alex can provide some insights on the call. Marin and Clint discuss this along with the other tasks for the week and decide that Clint can handle this task the easiest. Marin opens Jira, and adds a task for Clint with a tentative due date the day before the call. In the Jira ticket, she adds Alex as well so he can see the progress of the task.

The team dial into their conference line for their stand up meeting, which consists of reviewing the tasks from the previous day. They communicate anything that blocked work that they could use help on, and any good news or perks that came from the day. Each person will also discuss the plan for approaching the workload that they have for that day. Once the stand up meeting is completed the team will update their Jira tickets respectively to reflect what’s in process, completed, or blocked.

Alex pursues Slack to see if there are any discussions requiring his help, and notices that Lauren in the “Social-Share” channel is looking for something to share on Intellitonic’s Facebook. Alex reads through the news of the day pertinent to digital marketing, finds an article on SEO. Alex makes himself a task in Jira to summarize and formulate a post for Lauren. He starts the progress on this ticket, assigns Lauren as the reporter for the task, and sets the due date to the next morning.

In Intellitonic’s “Sales” channel Courtney has provided a new proposal template for clients. She tags Blake and Alex to review the new template, and uses this to create a proposal for the upcoming sales call. Alex and Blake both click the link in Slack to the Google Slides presentation that Courtney has provided. They use the comments function within the slideshow to add suggestions to the new template. Later Courtney approves the comments, moves the proposal template to Google Drive under Intellitonic>Sales>Resources>Proposal Templates. This is now permanently available for all future proposals.

These are trying times for any business. To that end we want to give back and help you succeed through this crisis. If you have any questions pertaining to operating your business remotely, or need help formulating a digital marketing plan, please don’t hesitate to contact [email protected]. (Don’t mind the name of that account, in this case “sales” forwards to our full team. There will be eyes on your request faster than if you send to just Alex.)

Intellitonic Founders Give Back to Bellingham via Local Board Involvement

Basic Local SEO Tips for Your Google My Business Page

5 Creative Places to Advertise in Bellingham 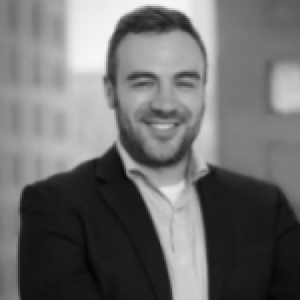 We’re happily
Bellingham-based
but we work with
clients all over the United States.